The Shakespeare Institute Players were founded in 1953, when they performed the first recorded production in their history, A Yorkshire Tragedy. Since then, the dramatic society of the Shakespeare Institute (University of Birmingham) have established themselves as an expert company in the performance of inventive approaches to plays by Shakespeare and other dramatists of the Renaissance, such as John Webster, Christopher Marlowe, John Ford, Ben Jonson or John Lyly. The society is renowned for performing often neglected plays of the English Renaissance, and for the clarity and awareness of meaning they bring to the texts, based on the scholarly expertise of its members, mostly MA and research students specialising in Shakespeare and Renaissance drama.

They usually perform in the beautiful Hall of the Shakespeare Institute, conceived by the novelist Marie Corelli as a music room to entertain her guests at Mason Croft and the home of the Institute since the theatre historian Allardyce Nicoll established it in 1951. The Players normally perform three productions every year, one for each term of the academic session and they sometimes also prepare additional evenings of poetry, music and drama. Recent successes include: Macbeth (2010), and The Life and Death of King John (2011), which they performed as part of the Stratford Fringe festival 2011, and which merited a place in the Royal Shakespeare Company’s Open Stages festival.

More information and tickets on www.shakespeareinstituteplayers.co.uk 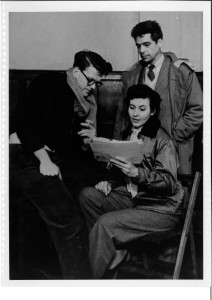